We got to eat at the Be Our Guest restaurant. Now, this was super impressive! I had tried to make reservations MONTHS before we went,  but they were totally full. I was more disappointed than I'd like to admit.
But!
When we saw the restaurant we decided to ask if there were any spots left, just in case there had been a cancellation or if they kept spots open for walk ins. Many restaurants do.
Turns out they had ONE table for 2 for the entire night and it was at that exact time! So damn right we went for it!
The restaurant was exactly what i was expecting. It was perfect and amazing and the food was phenomenal. Everything was fantastic. I did not try the grey stuff because it wasn't veggie friendly (it has gelatin) but my mashed cauliflower was the best I've ever had. 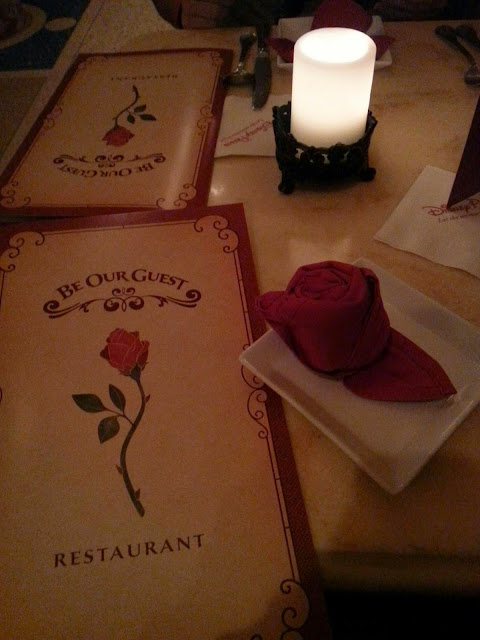 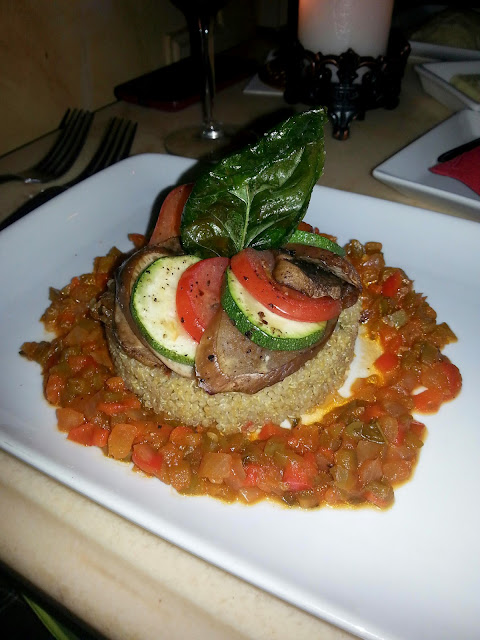 This is the ratatouille that the husband got. It apparently tasted super great. 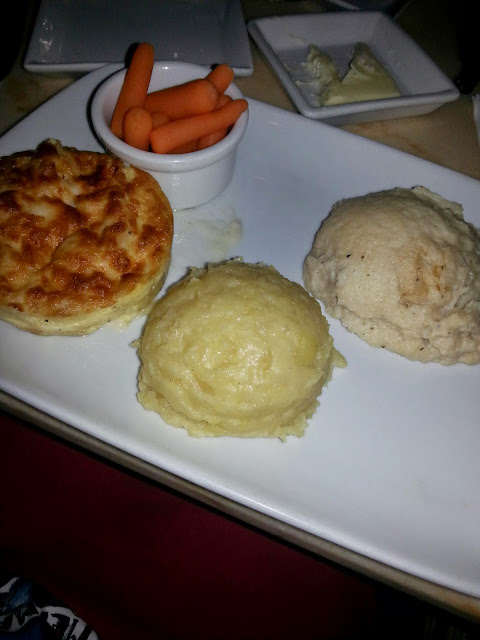 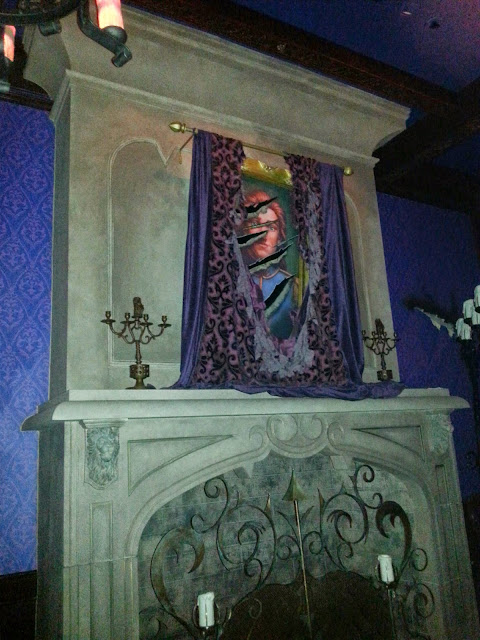 The West Wing is NOT forbidden here! 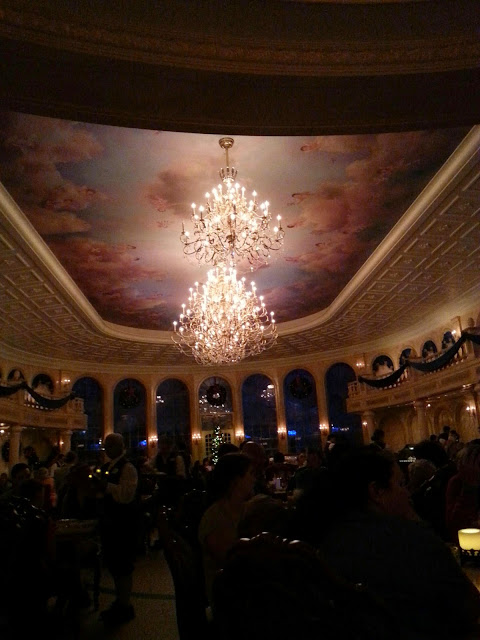 I love they got all the details! 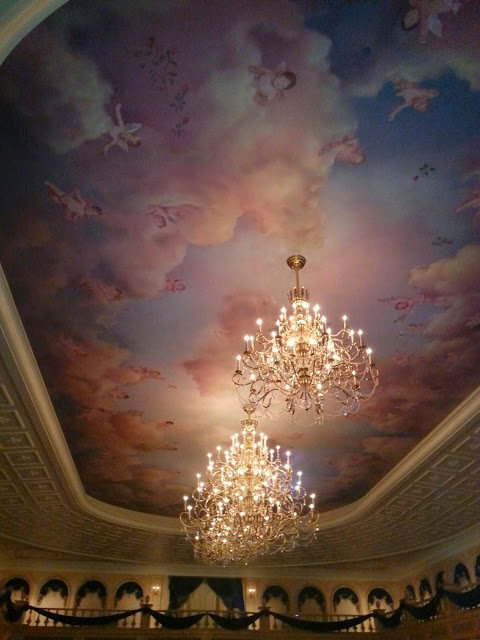 Right out of a movie, eh? 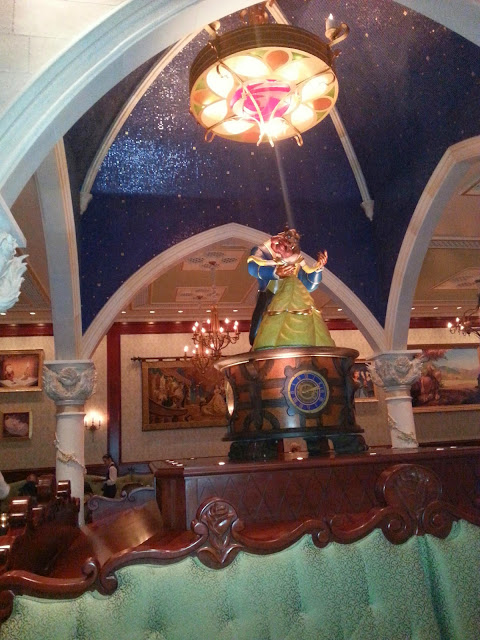 This was the east wing, I guess? It was across from the west wing, so I make assumptions. 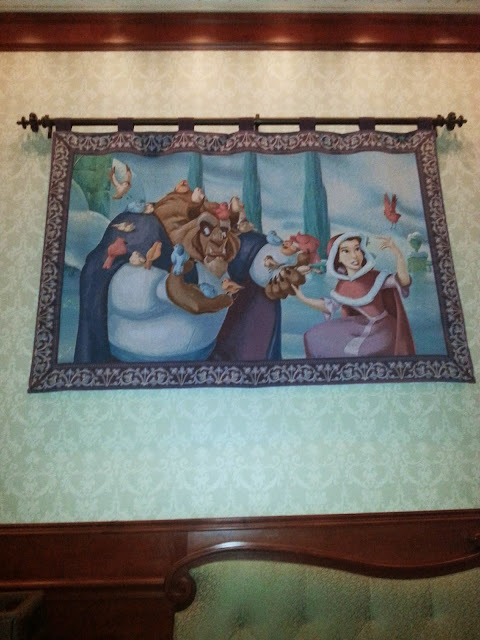 There were plenty of paintings of the cute couple. Some were scenes from the movie (or Christmas special) and some were not. Maybe more concept art? 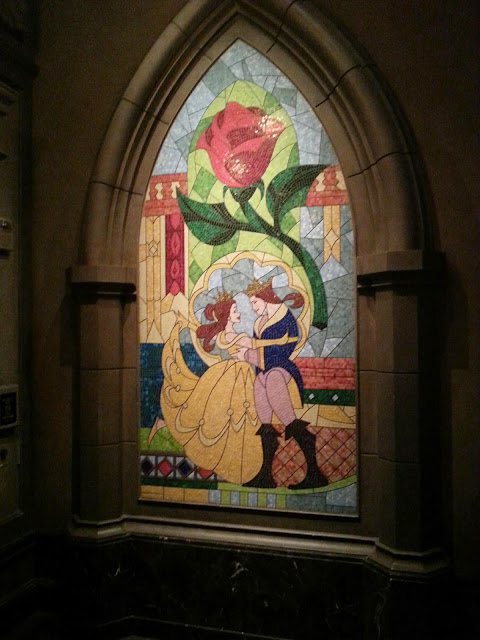 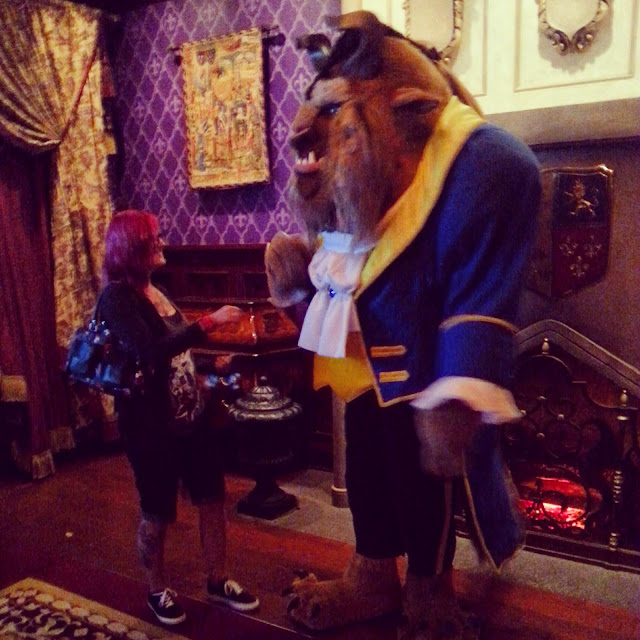 He was such a gentleman! Seriously, I got a bow and everything. It was AMAZING!
Posted by Unknown at 09:48