Well, actually, it wasn't just one time. It happened several times-twice in Korea now. I got more ink done. Huzzah!

Originally, I had planned on going to the same place that I had previously-Sunrat Tattoo in Hongdae. Now, I made appointments and everything, but, when we arrived for them, the shop wasn't open. We waited around for almost 45 minutes, but to no avail, so we left. I feel bad, since the shop lost out on a boatload of money, but, professionalism is a must in this sort of industry.

Moving right along, we went and found another shop to get tattooed at-Yellow Monkey tattoo, also in Hongdae. 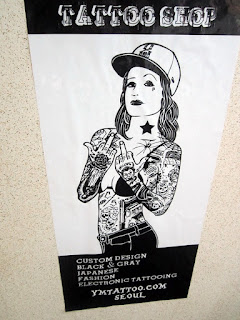 This shop was really clean and professional. The people were super nice,even if their English is limited. We managed to walk right in, before all the appointments arrived. There were 3 of us, and we all got a little something done. 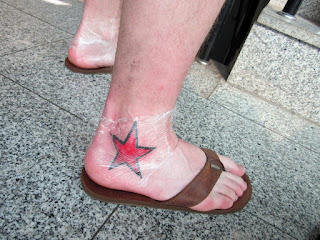 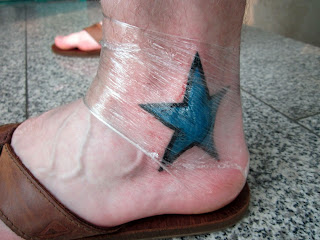 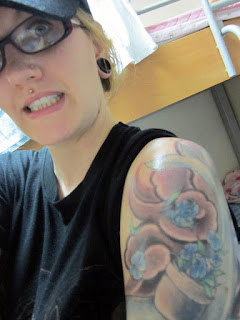 Yea, I got some clouds put in behind my whale. It looks a lot more complete now. But, its weird-everyone I meet seems to think that the whale is new too. And I'm all like "Have you looked at me, like, ever?" Oh well. And the hubs got stars on his ankles. Super badass, and swollen as shit right after. They have gone down now, but, I guess the still hurt.