This post is brought to you in the tiny amount of time I have between getting back from Vietnam, and leaving again for the World Expo and our trip to Busan. After Busan, we head back to Seoul for a few days before we move back to Canada.
We are already packed and let me assure you-I have a lot of stuff! It's amazing how much stuff you can acquire in a year.
BUT!
Vietnam.
We arrived pretty late, since the flight from Korea to Ho Chi minh is about 5 hours, plus the 2 hour time zone difference (that I did not know about : / ). We got our landing Visas, which was fairly simple, and were picked up by the hotel staff. We checked in, and the hotel was awesome.
I will say this about Vietnam-it is cheap. Like, woah, kind of cheap. Like 3.5 star hotel for 28$ a night, kind of cheap. 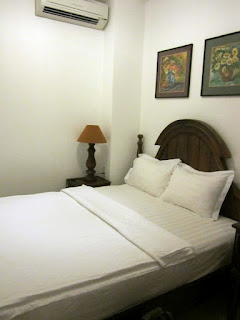 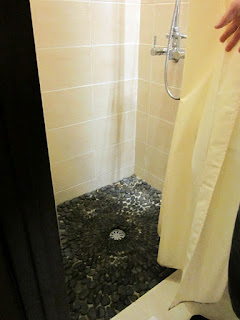 Cool, eh?
The next day, we went out and actually did some things, saw some things, and ate some awesome food. Awesome, cheap food. Highlights? The giant post office; the French architecture; the trees; the war remnants museum (which was pretty harsh); and a jade temple. 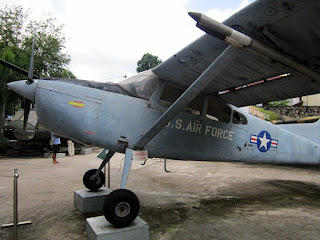 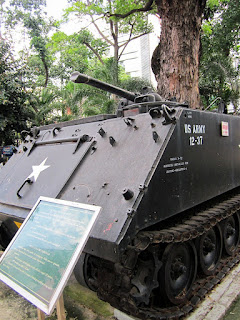 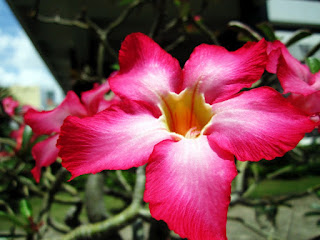 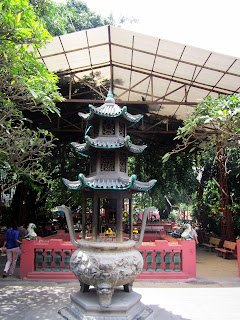 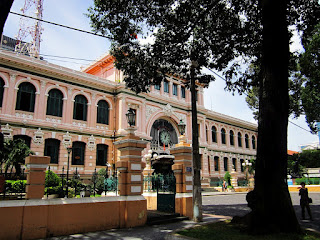 That was almost an entire day. The next day, we took a hydrafoil to the local beach, an hour an a half away, to Vung Tao. Now, it was a nice voyage through the South China sea, where we got to see some of the endangered Mangrove trees. Vung tao itself was nice, but the beaches were super polluted and dirty, so we didn't get to go swimming. But, the city itself is worth a visit, and has some great restaurants-and a 30m jesus statue. 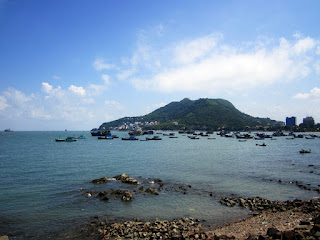 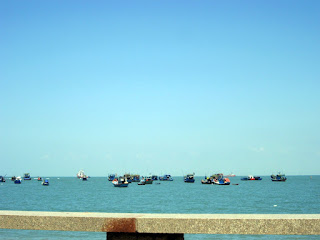 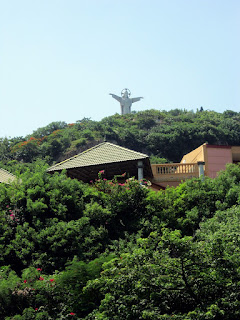 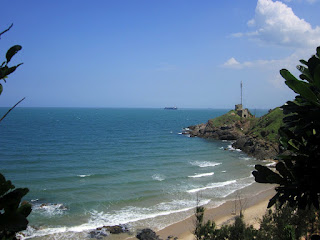 On the way back to Ho Chi Minh City, while sailing along in our little hydrafoil, we got some rain. And by rain, I mean a frigging monsoon. No joke. It was interesting, and sorta made me want to puke. 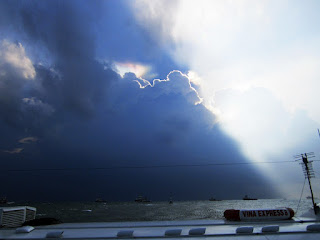 That was some serious shit.
The next day, we went to see some of the other attractions we missed on the first day, such as Notre Dame (I shit you not), and the reunification palace, as well as to do some shopping and some more eating. The fruits in Vietnam are amazing, and cheap. I ate so much dragonfruit....it was glorious.

Apparently, this is going to be 2 blogs worth of stuff, since I have more to say about the country-both good and bad.