Anime Revolution-and a visit from a friend

This past week has seen a visit from a friend in Texas, the return of my husband from Ontario, and Anime Revolution. It has been super busy, with more than a few trips to the airport, among other, more awesome, destinations.

Anime Revolution is the new anime convention in town-and not to be confused with Anime Evolution, which is having a small(ish) event in November (which I will also be attending. Perhaps with an artist table) before it's full re-kick off next year. It was held at the Vancouver Convention centre, which sort of explains the excessive price tag for the event. 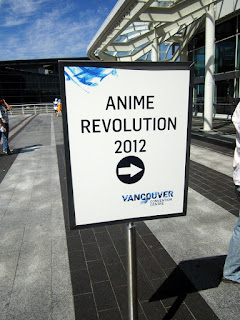 Now, I'm not going to complain about the line up-which I'm not used to since the other anime conventions generally don't have lines, and, when they do, are plowed through insanely fast. Unlike this one.
But, I digress.
The big events were all Sailor Moon related, since it is the 20th anniversary of Sailor moon. At least the English version of the show. As such, almost every single English voice actor was in attendance. Which was totally rad. I got to see one panel, but, since I only stayed at the convention for one day, I missed the big 20th anniversary panel. 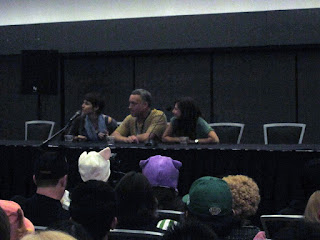 Sailor Mercury, Tuxedo Mask and Mini Moon, in that order.

One of the big disappointments was the artist/dealers hall hours. The entire convention was going on until almost 1:00am, with the last big event being the bikini contest-which I did attend. The dealers/artist area was only open until 6:00. Like, what the fuck? I had several last minute purchases I wanted to make, but, by the time I had gotten through half of the hall, everyone else was closing. Not cool, man. Not cool at all.

One the plus side, I DID get to try on a fantastic corset and overcoat combo. I want the overcoat more than words can express. It was sexy, it fit like a dream, AND was an ego boost, coming in at an XXS. We all tried something on, and it was great fun! 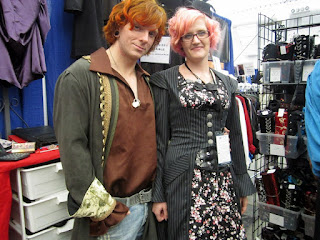 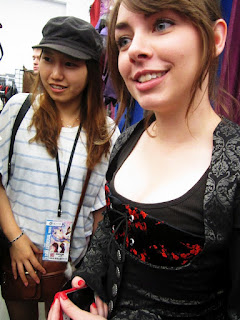 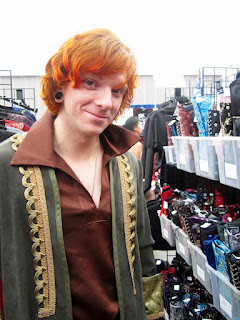 There was a lot of awesome cosplay, and group cosplays. The art that I did get to see was great, and the other panels were a lot of fun.

I really hope that next years guest line up is more relevant to my interests, and that the wonky hours get changed. Otherwise, i will totally go to next years event!

This upcoming weekend, I am going to Cos and Effect, the cosplay and anime convention over at UBC. This convention I am really looking forward to since the artists of some of the comics that I read are going to be there, and I want some prints.

Pics of: Bikini Contest, cosplays. Also? My husband is amazing, and cosplayed as Axis from Teahouse. 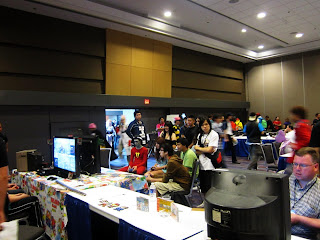 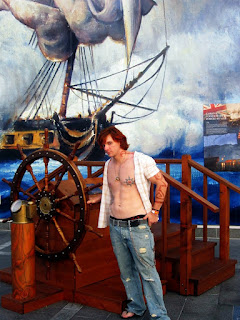 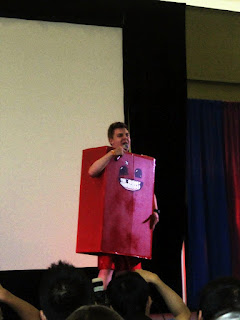 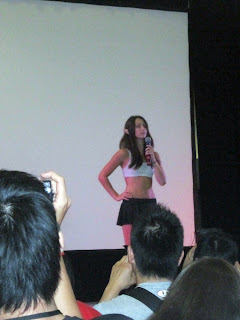 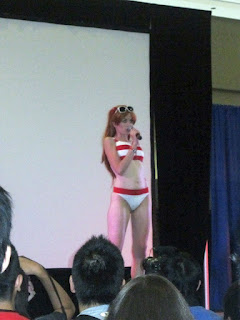 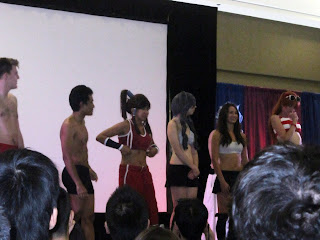