Back when I was still in Korea, I had the chance to go to the Yeosu World Expo, which featured "The living Oceans and coast" as it's theme.
Which was quite the crazy random happenstance since my major happens to be Earth and Ocean science.
I had some great expectations about the World Expo, since (a little history here) I have studied the founding of the world expo, in England, from both literature and art history standpoints. I like to be well-rounded with my education.
Anyways!
It was a beautiful day when we got there, bright and early, so we had the ENTIRE day to explore the grounds, which were huge. And it was right beside the ocean, which was both beautiful and handy, what with the ocean theme and all. 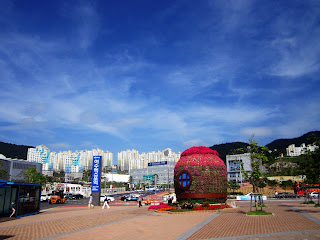 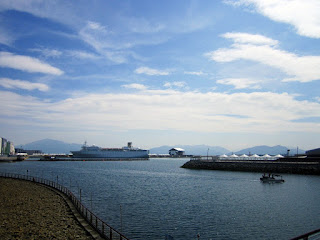 We went wandering around the International Pavilions first, before visiting any of the "main" attractions. Like the science pavilion (!! I'm such a nerd). There were a lot of countries representing! Some of them were huge and super interesting, with huge interactive displays, movies, speeches by the president, and all sorts of cool things. 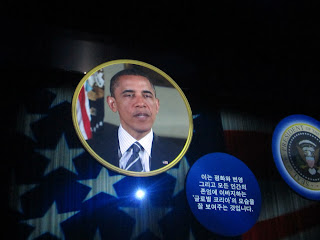 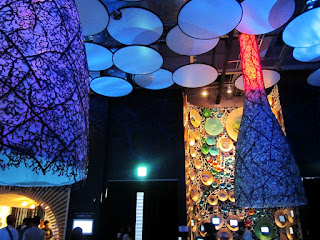 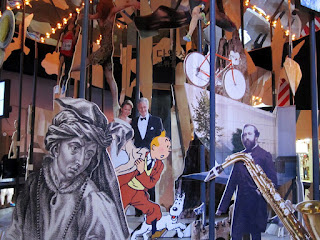 That said... a lot of them seemed to miss the mark. Completely. Many countries used their pavilions to promote tourism to their country. Which is fine, but some of the countires didn't have any information on the oceans, or the coast, or how they were trying to save either of them. Some of the countries were landlocked,  and promoted their lakes or rivers. Which I found disappointing.

Now, by this time, I was hungry, and went on the hunt for food. Now, this is when things started to go really downhill.

What part of "Oceans and the LIVING coast" evokes the idea of "all you can eat seafood buffet" or "We don't have anything vegetarian". After going to just about every food place, and hearing and seeing this...I was furious. Absolutely livid.
We got Dunken Donuts for food. And I ate it angry as fuck. 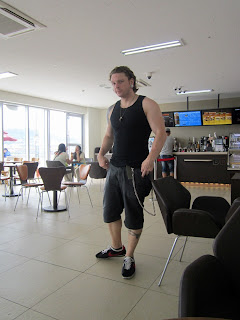 Now, if this was the only show of Korea's absolute ignorance and stupidity about the state of the oceans, and all that, it would have been fine. But it wasn't. Not even close. And it was so early in the day, that the idea of doing the whole thing, surrounded by ignorant old ajimmas...It wasn't looking good.

But, we continued on. Only to be slapped in the face with more and more proof about how ignorant Korea is about the world, and the oceans, and kindness, and all that.

The ajimmas-the Korean word for old woman-are mean. Like, war torn, don't give a fuck, mean. They will push, shove, cut in line, elbow, and yell. Over everything.

Every one of the "main" attractions started off really good-showing how the oil spills are killing the ocean life; showing the effects of over-fishing and bottom dragging; the dangers of the acceleration of animal extinctions;  and the effects of global warming on the entire planet. It was awesome, and an effective way to teach children the importance of the world and giving a shit about nature. That is, of course, until the end of all these attractions basically a pat on the head, saying 'But don't worry, someone else can fix all this! You just keep doing what you're doing!"
Ignorant pricks.


Oh, and the complete misunderstanding of the word "World'. Can't forget that. Everything was in Korean. And, for the most part, ONLY Korean. Even the international pavilions had Koreans on as staff to explain everything in Korean. Now, I can speak a little Korean, and can read it fairly well, but, I lived there for a year. Most of the international visitors did not. Nor can they speak Korean at all. Many of them have limited English as well, making it even more difficult to understand the complete butchering of the theme.

The all Korean, all the time sort of ruined the international feel of the world expo. It is no wonder that most of the visitors are Korean. And that they had to discount the entry fee just weeks into the expo. I guess it's hard to make money when catering to such a small audience.

Alright, I am actually sort of angry writing this, so I will continue this in the next blog. And actually the next post, and not some month later one.