I am trying to be better at being not busy, but apparently, that isn't happening. But, the thing is, I think I have time, I just have terrible time management. So, I'm going to try and work on that, and keep this updated more regularly than it has been lately.

That said, I had a friend down from Ontario, and, much to her dismay, I dragged her ass up the Grouse Grind. She was NOT impressed. Not until she got to the top, of course. 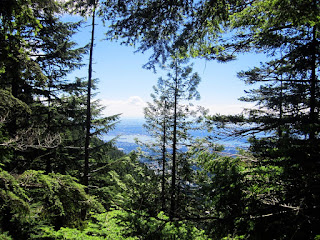 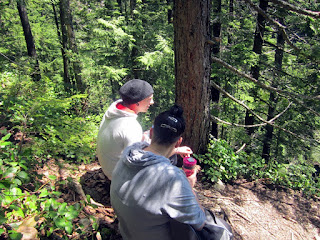 See, the thing is-the air is different in BC than it is in Ontario. Less smog, no humidity, but its also a lot thinner, making it hard on people who aren't used to it.
I don't find it that bad, but, I've been here for, like, 7 years. If it still bothered me, well, that would be a condition of sorts, right? 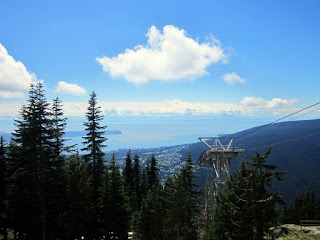 Absolutely breathtaking view from the top of the mountain. Totally worth the grueling hike up the mountain. I would like to try it again, just to see what my best time is right now. I'm thinking somewhere in the 35-50 minute range. The first 1/4 is brutal, but the rest gets easier, and the body just kinda deals with it.
Now, one thing to keep in mind here is that, while it was May during the hike, it's still a mountain. Which is above the snow line. Which, you guessed it, means snow. It was SOOO cold! Holy crap, wow. Freezing. It doesn't look bad in the pictures, but, the area with the bears had at least 3m of snow. They were also still in hibernation. 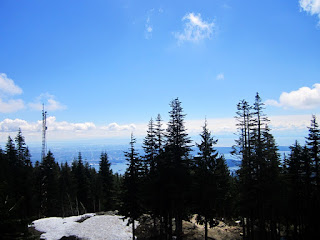 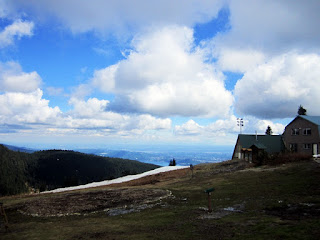 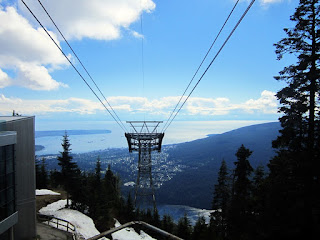 So, overall, it was a lot of fun, despite the difficulty of getting up. There were a few moments when we thought we'd have to turn back, but, we made it, with spirits mostly intact.

Hopefully, it won't be such a long wait before my next update!