Actually, it went to San Francisco, but that isn't nearly as catchy.

So, this was our first "big" vacation since we got back from Korea, so it was kinda a big deal. It was also my gift to my hubs for his birthday, so I sorta went all out. All out in that I bought train tickets because they were cheaper than plane tickets.

Now, this wasn't entirely cheapness on my part-I think that taking the train through the mountains, or anywhere long distance, is an amazing, unique experience. It allows you to see the country in ways that planes simply can't. Sure, it takes longer, but sometimes its the journey, and all that stuff.

Our train left stupid early in the morning, so we had everything packed the night before. We planned on packing light because I hate suitcases, and I hate carrying a lot of shit. We put on comfy travel clothes, and got going to the station-all before 5:00am. 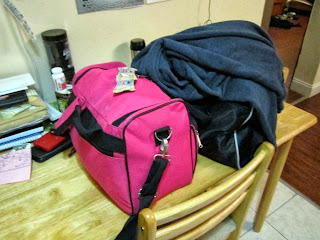 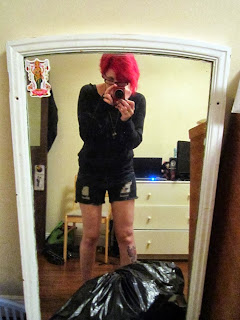 We took the bus to Seattle, and then the train from Seattle to San Francisco. Let me assure you, the sights are just spectacular. And train travel is quite nice. It isn't as fast as other modes of transport, but, as mentioned, it allows a scenic route, and is still quite luxurious. Especially if you get a sleeper car (which we did not). The food is pretty legit, and the dining room is delicious. The prices aren't bad either-a meal for 2 is less than $20.00USD. Their vegetarian options aren't that numerous, but every meal has one option, and they allow substitutions as well. They also serve alcohol, if you're into that. 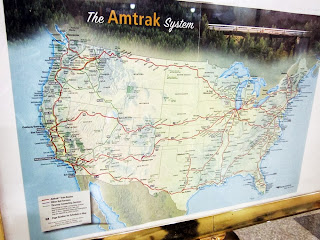 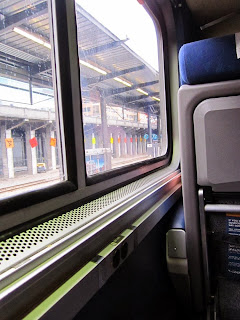 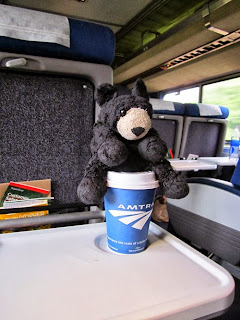 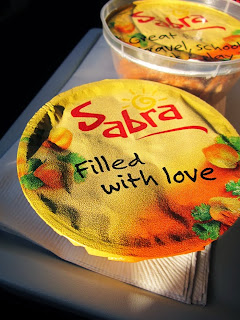 The trip took 24 hours to complete, and we arrived in San Francisco at about 9:00AM, ready for our first day of adventure, which I'll get to next time ^^

Here are some shots of the ride. We stopped for nearly an hour in Portland, and we were able to leave the train and do some exploring, provided we made it back in time for departure. It was pretty neat. 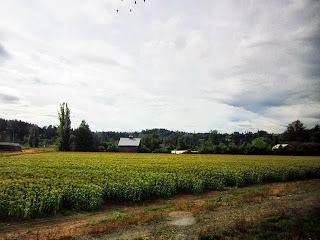 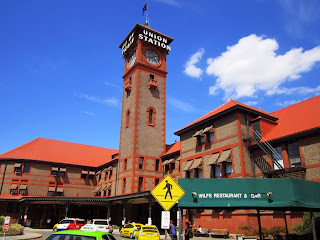 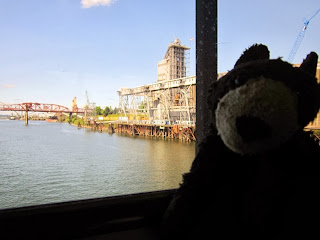 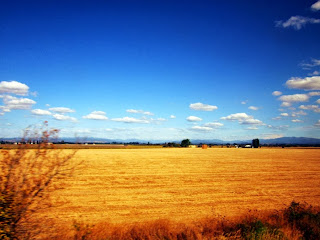 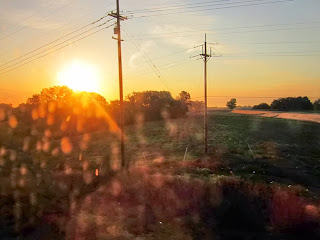 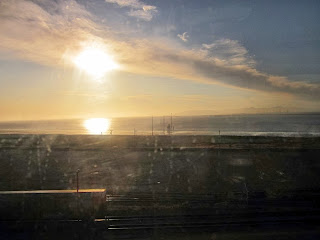