My husband and I were lucky enough to have our second year wedding anniversary here in Korea, at the beginning of May. Yes, that's right, I actually found someone that I didn't want to kill-and didn't want to kill me.
Cute, right? 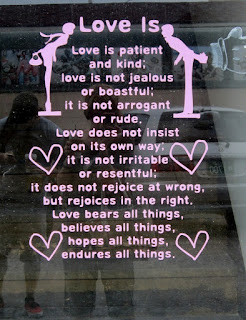 So, we decided to "miss" our classes-after informing the teachers as to WHY we would not be there-and take a beach trip instead. We decided to go to Daecheon (대천), since it is the closest to our school, at about an hour's train ride.

We left super early in the morning, and had a nice breakfast before heading out to the beach. Now, I will be the first to say that the weather was not entirely cooperative with a day at the beach. It was a little on the chilly side, but still shorts weather, and the sun was not in the mood to make an appearance. Which is fine, we still hung out on the sand, enjoying the day. 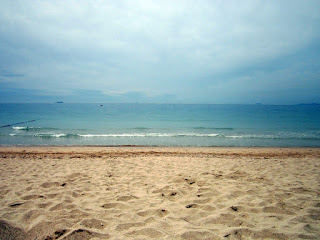 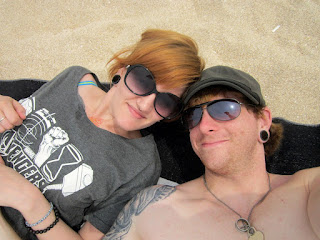 Yes, that IS an Avengers top. Be jealous, since it is awesome.

Other than enjoying each others company, taking in a nap on the beach, and a nice long walk, we didn't really do too much. It was really nice to be able to hang out, just the two of us. I like the friends that I have made here in Korea, but, sometimes I need some time with the person I married for, you know, life.

I really like the Daecheon beach, and have plans to go again once more before I head back to Canada in July. Most of my remaining weekends are now booked with things, and friends, and experiences. Coming up next? Sports festival, Dream concert, and nami island!
xox 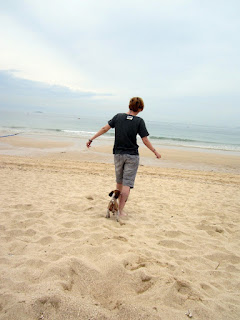 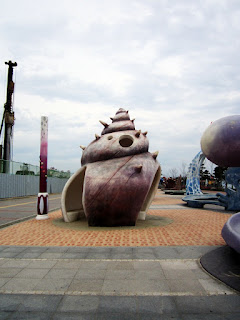 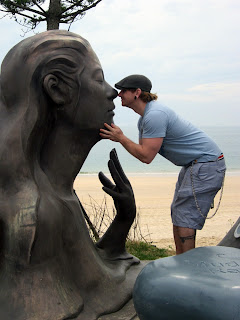 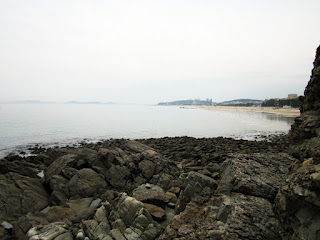