Last weekend I had the pleasure to go to the Dream concert in Seoul. What is the dream concert, you might ask? Well, it is 20 of the top Korean K-pop bands doing a really cheap show for charity. Cheap, as in 5,000W. So, basically, 4.70$ for a 5 hour concert of all popular bands.
Good deal, I would say.

Now, as I have said before, I am not a huge K-pop fan. Not really, not as much as many of the people who were in attendance at the show. Don't get me wrong, I DO like some of it, and I have some groups that I enjoy quite a bit. I even know quite a bit about the bands and members, but this is mostly due to my workout partner, who is a huge fan of K-pop. 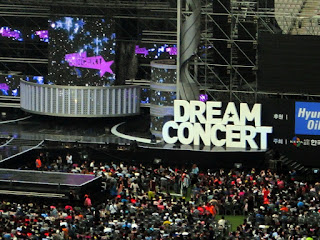 So, the show was held in the World Cup Stadium, which is massive, and was filled to the brim with Koreans and foreigners alike. But mostly tiny teenage girls. Hoards of them. It was...something else. 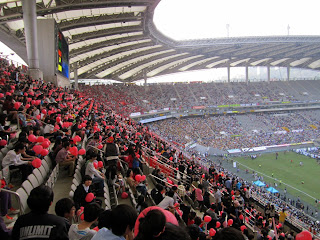 I got a lot of pictures, but most of them turned out really badly.

The highlights?
Mostly the boy groups. I have nothing against the girl groups at all-and some of them were good, but I thought the boys had more energy, better dance moves, and better songs. They seemed to rely less on the idea of being physically attractive and more on talent. The girls were sexy, that can't be argued, but, they weren't much else, in many cases.
My faves?
Alright, I LOVE Exo-k. A lot. And Mblaq. They were both awesome-good energy, good song choices, and great outfits. B1A4 was great too-and they won my personal outfit of the night award. The girl who's name I can NEVER remember, but she sings that Heaves song-she was brilliant. Her voice is fantastic, her song is catchy and her outfit was nice, without being over done. Sistar was also on the side of better girl groups.
Unpopular opinion?
Girls generation left something to be desired. Only the subgroup came (something I learned from other people-i had no idea) and it was...not a big deal. Not really. They were alright, but, meh. K-ara? Same boat.

I had a great time overall though, and can't complain much, seeing as it was a super cheap show, and there were more good performances than bad ones. There were a few groups I wish were there, but, whatever.
It was good. 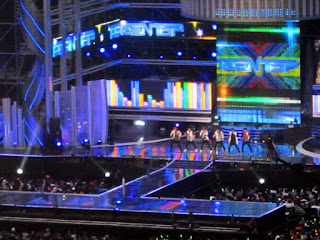 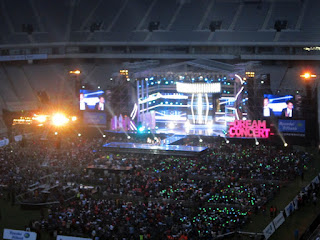 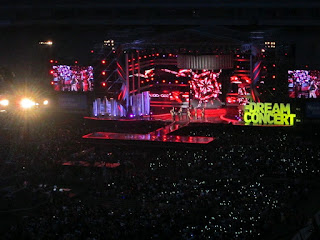 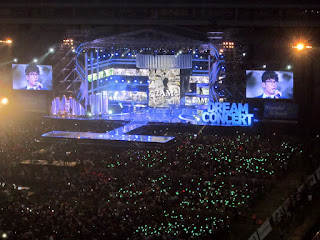 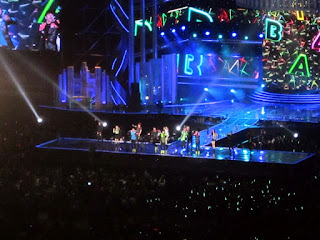 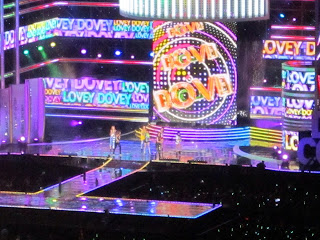 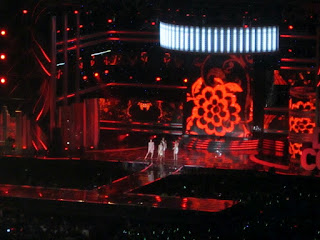 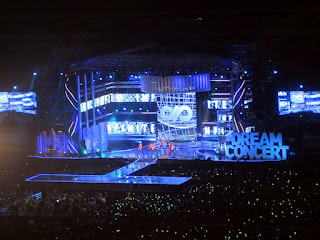