This past week, 순전향 had it's annual Spring Festival here on campus. It is, essentially, a 3 day school sponsored bender. Now, it is A LOT more than that, of course, but there is an excessive amount of drinking, and it is-in part-encouraged.

There are also food vendors, major tents and vendors, as well as major activities. 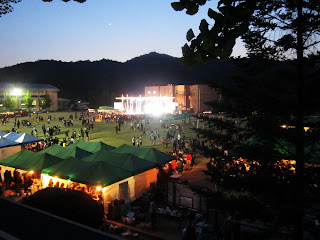 There was also music, including a few K-pop bands, and some DJ's from all over. 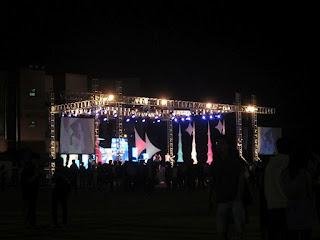 But it is mostly about the booze. And food. 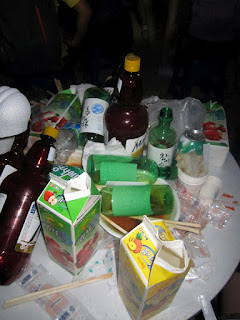 That as our one night. Now, it looks like a lot-and it was-but that WAS 5 people's worth. Over maybe 5 hours as well.

There was dancing-a lot of dancing, drinking, good fun, good friends, and I think everyone had an overall great time. No one got OVERLY drunk, to the point of alcohol poisoning, but everyone was good. That I saw, at least.

I only really got to see 1 Kpop band, and it was Rainbow..and, frankly, they sucked. Hard. The voices, the dancing, their outfits, and even their sex appeal-it was all bad. Makes me wonder how the 'popular' Kpop groups are picked.
There WAS a 'metal' group that was awesome, and so were the cover bands.

Oh, and this happened. 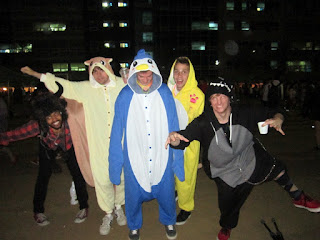 Hell, so did this. 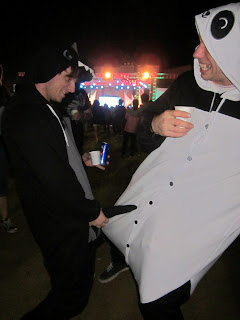 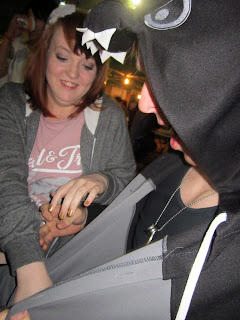