Ripley's Aquarium in Toronto is actually quite new, and they tried to make it as innovative as they could. Its an okay aquarium, but really busy and a bit overpriced for the attractions they had. That said, I would still recommend going on a trip to the CN tower (the aquarium is right underneath). 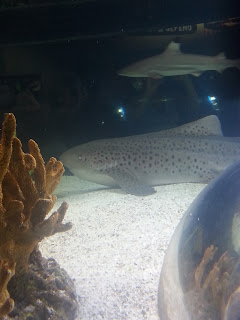 I went on a big trip across Ontario last summer, and I never got around to blogging, like, any of it! How awful of me, I know. So, to rectify this situation, I am posting them now, as throwback posts. They will be primarily photos, and a bit of fun and/or relevant information with said photos. Sorry for taking forever with these! Sometimes, I am AWFUL!

These posts should tide you over until I get to posting the ones from the upcoming roadtrip, that I am super stoked for!

We went to Niagara Falls, Canadian side! Whats cool about Niagara Falls, besides the actual falls, is that you can do this area pretty cheap. There are always cheap rates on Groupon that include food vouchers, and a tour of either a winery or a chocolate tour or something. There are also several casinos and a lot of shopping, both high end and kitschy local crap, as well as a lot of Canadian themed things, and a Hershey chocolate factory.

I had the opportunity to go to the FIRST Vancouver PRO/AM bodybuilding competition and fitness expo. This is the first of a new Olympia qualifying competition, so a lot of big names came out to see the expo, or compete. It was cool, because there was a lot of amateur competitors there as well, so I got to see what some of the local ladies and gents look like.
The event was the weekend of July 25-26, but I only went on the Saturday. It was actually quite a small event, but it was pretty busy, what with it being the first of its kind. 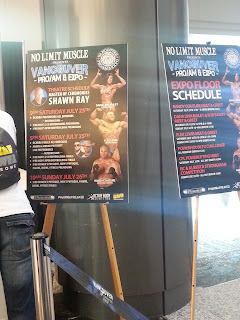 One of my favourite moments was getting to see some of the champions. Like, Flex Lewis. And Dana Lynn Bailey. Mostly DLB. Seriously. I couldn't go near her-I was both in awe, and terrified I'd embarrass myself. Which I would have. I'll have a video of some of her talk on my YouTube later! 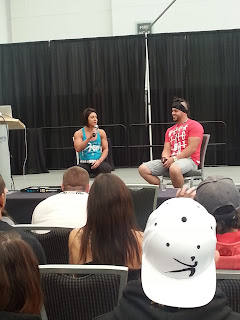 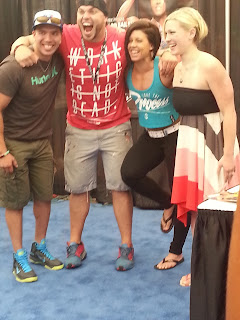 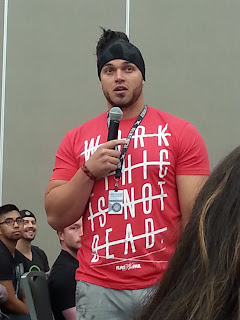 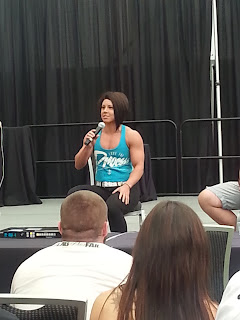 And Rich Piana. Now, if you don't know, yes, this man is on steroids, and he promotes the CAREFUL and PROPER use of them. Despite that, it still takes a LOT of work to get, and maintain, being this big. If you feel the need to talk about how big dudes are all on steroids, or some shit-don't. if you really can;t stop yourself, go somewhere else. I don't want to hear it.
And he is fucking huge. 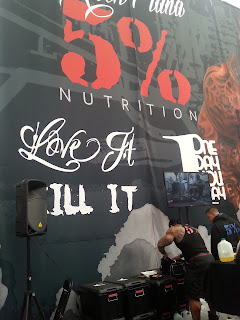 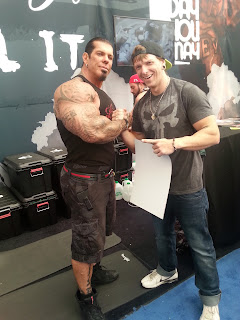 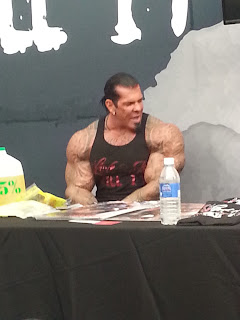 They also had some pretty cool demonstrations, although  most of them I didn't get pictures of. There was belly dancing, pole dancing, powerlifting, and other lifts. We watched this girl basically giver herself an aneurysm. Well, not actually, but after she got these 5 plates (just under 225kg) up, she gave herself a nose bleed. We decided to leave after that. 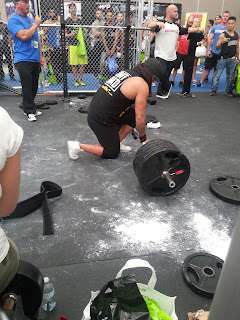 And one of the cool things about the expo was all the free samples we got! Don't get me wrong, we bought a bunch of stuff too. Although I forgot to buy protein, which is awful, since I'm actually about to run out. There were also lifting competitions for the guests to win prizes, like shirts or shaker cups. One of my friends had to win me a Pharmafreak tank top because my finger makes me still kinda gimpy. Its so close to being healed, but so far. 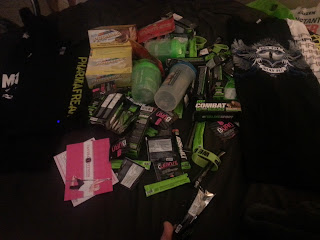