Fish out of water

This is a documentary that some of the students in the SCH documentary class made on me and my husband. It is all about our experiences being in Korea, and being, er 'different'. I am pleasantly surprised at how well it turned out.
Special thanks and love to Aimee and Marcela for making this video! <3 xox
Posted by Unknown at 21:09 No comments:

There is always a first

I went to Seoul-Hongdae, to be specific-and had my first go at a Korean tattoo shop. I had send a few emails to several shops over the past month or so in order to find a shop that could speak any English, and was up to my (very high) standards. Eventually, after several conversations, I decided to go with Sunrat tattoo.
There were three of us getting tattoos this day-two Canadians and a Japanese.
We also had a Korean friend with us to help with the translations, which was very handy once we got there. The artist could speak very little English, and having our friend with us was amazing. It was also his first time seeing a tattoo be done, so it was a new experience for everyone. Our Japanese friend was also a tattoo newbie, so this was a brand new thing for him as well.
This is what I got, which is based off of a painting from the Museum of Korean history, which is also below. 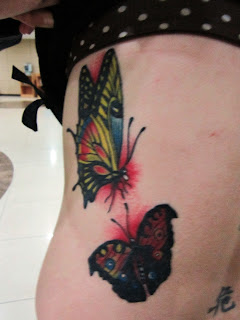 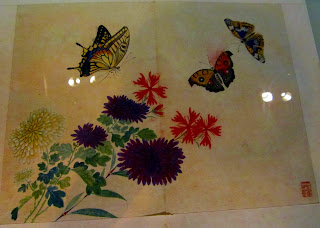 Forgive the picture quality.
Overall, I really liked Sunrat tattoo, and I will gladly go back there again soon. They were clean, professional, and they did some great work. They were also decently priced, and efficient. From what I could tell, between their broken English, and my broken Korean, they were very nice as well.
Posted by Unknown at 00:56 No comments:

And so this is farewell...

For the most part, it is anyways. Most people are gone now. I have my room to myself, and I am not going to have another roommate for another 2 months. I'll be moving into my Winter suite in a week or so, when  everyone else is gone.
I have to say, it has been one hell of a ride, and I am so happy that it isn't over yet, not by a long shot. Despite all the problems I've had here dealing with certain issues, it has been worth every second. I love this country, I love the people, and I have met some of the most amazing people ever.
I still have so much to do, and so many things to see...I am so lucky to have the opportunity to stay here in Korea for another 6 months...well, 5 months, and a month in Japan.
Before all my friends left, we had a few parties, and I (finally) managed to snap some new pics.
We got a bit of everything in these pics-America, Canada, Japan, Korea...it has been a fantastic ride, and I hope that I see all these people again in the future.
Much love.
xoxo 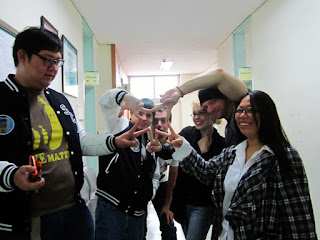 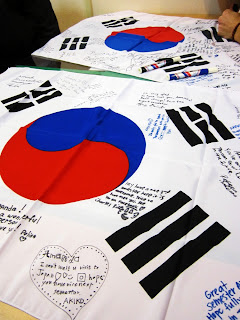 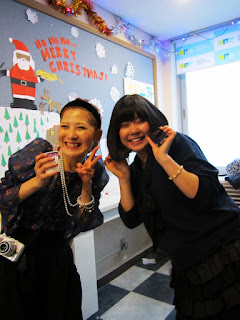 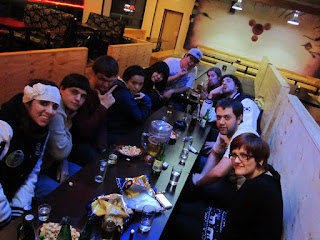 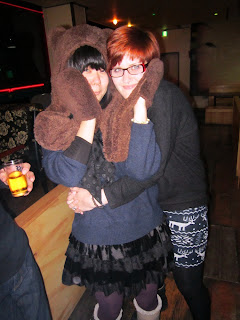 The end is near

‎"But easy is for the weak. You want to become strong. Choose the difficult path and overcome any obstacle. That is how you get stronger and it's the only way to achieve something big."

And so begins the weeks for finals. Exams and meetings and papers and applications...all due in the coming two weeks. It's hectic, and the nervous energy of the school is palpable in the air.

There is a lot going on, but its going to all be fine. What's a little sleep lost when life is there to be enjoyed to its fullest, right? Besides, once everyone leaves, I will be sad that I didn't get to do everything that I had wanted to with them.
So, lose a little sleep, but get everything done. It's a fair trade off.
Posted by Unknown at 02:10 No comments:


This poem seemed particularly relevant to the past-and coming-few weeks. Many of the international students are leaving Soonchunhyang in the next two weeks-and by many, I mean most. This goes for the Korean students as well. The semester is almost done, and people are ready to go home to their families.
Everything changes, and yet, it all remains the same. There is a constant in life, and that is change, and the inability to stop the flow of time. There seems to be this idea that change is a bad thing, but this is simply not true. Change allows for growth and the refinement of good qualities into better ones; and, more importantly, bad qualities into good ones. Life is a process, not the end.
Everyone will be gone soon, save a few stragglers. Myself included. I am staying here for the Winter break, or most of it anyways. I will be working at the schools winter camp for kids in January, and then heading to Japan for 3 weeks in February.

As mentioned before, I went to stay at Myogaksa (묘각사) temple, which is on Mt. Naksan in Seoul. There was a large group of us going from Soonchunhyang, but we went in separate groups on the train to make it more manageable, organization wise. My group arrived at the temple just before 2:30 which was the set arrive-by time. We were given the orange Buddhist uniform to change into, and then filled out various forms and were introduced to the rest of the participants. In total, there were about 45 people, and 21 or so of them were from my school.

The first order of business was to begin to understand Buddha, and what it means to people. We learned about the 6 states of feeling and what it means to be enlightened. After that, we all participated in ringing the bell that begins the evening ceremony, which we also participated in. There was a lot of chanting, and the temple, called "big chanting room" (I swear, I'm not making this up) was beautiful, with sculptures, paintings and paper lotus' all over the room. After all this, we got to do our 108 prayers (6 feelings/sensations (36) and then 3 more for past, present and future (3x36=108). This whole thing was done in silence, and each prayer equaled a bead on our very own prayer necklace. Let me assure you, 108 prostrations is hard work. My knees are killing me, but it was worth it.

This was followed by a lovely vegetarian dinner. I could actually eat everything and that is shocking. First meal I didn't have to worry about death since I arrived in Korea! Huzzah! (vegetarian with actual meat/seafood/fish allergies-the deathy kind). The only rules about dinner were this-No talking; and eat everything on your plate. Sadly, many people found this to be quite difficult. I, however, did not. The food was delicious!
A brief meditation session followed the meal, and then it was off to bed at 10:00.

Wake up time the next day (today) was a brutal 4:30AM. We washed and then met at the bell again to ring it for the early morning ceremony. We did not do the morning ceremony this time, but instead met inside for 40 minutes of meditation, this time with the temples Zen master. It was good, but hard, and I may be too old for sitting still for 40 minutes cross legged. However, I did do it, much to the dismay of my legs and hip joints. Again, totally worth it.
Following the meditation was a vigorous walk through the mountain and small forest behind the temple, which was beautiful, and cold. We made it to a viewing pagoda just as the sun was rising. It was breathtaking. Random fact-All-save one-temples in Korea are on a mountain. We strolled back down the mountain, and then met for breakfast, which was just as delicious, if not even better, than the dinner before.
A tea ceremony followed the meal, and then it was time to change and head home.

Overall, I had an amazing time, and I learned a lot about Buddhism, and how it affected Korea. It was a great experience, and I would highly recommend it to anyone visiting Korea.

Oh, and one other amazing thing about the temple stay? We met a couple from America who were at the temple in order to learn about Buddhism and Korea, so that they could teach it to the young Korean boy they are adopting. They get to meet him on Tuesday, and I wish them all the luck and good fortune in the world. It was an amazing, beautiful story, and I am happy to have been able to share that.
Posted by Unknown at 01:27 No comments:

This weekend, I will be participating in a Temple stay at Myogaksa Temple, located in Seoul. (Website is here). This will be my first trek into Eastern religion, or, to be quite honest, any religion. I try to stay away from them, however, this is a unique opportunity that I simply could not pass up. I have practiced both yoga and meditation before, so many of the things that are on the "to do" list of the temple stay are not entirely new to me, but the setting, the environment and the intentions are.

I will also be visiting a tattoo shop before the temple stay to see how Korea's tattoo shops are, and to book an appointment, hopefully.
Posted by Unknown at 04:50 No comments:

I am a Canadian student currently living in South Korea, having the time of my life. This is a place for my thoughts, photos and ideas about things, people and places in Korea.