I have touched down in Honolulu, Hawaii, which, for those interested, was the secret mystery vacation I mentioned both on Twitter and my last YouTube video. If you didn't see it, there are links all over the place!

So, my next few blogs will be about my time here in this beautiful island in the Pacific Ocean. Look forward to it!

I already went for a jog this morning, and it is so so nice here.

For the second year in a row, I managed to hit up some of Fan Expo Vancouver! Only a week after Emerald city made for a busy as hell comic con run, but it was a lot of fun. The nice thing about the one here in Vancouver is that it is still pretty small, so its much less chaotic. The downside is that, sometimes, the guests are less than super impressive. And more likely to cancel (*cough* Karen Gillian*cough*)

Anyways, the big draw for me was seeing Jennifer Morrison, who plays Emma Swan on Once upon a Time. She was funny as hell, and I recorded a smidge of her talk. They SAID no recordings but a little one doesn't hurt right?

Did you go to Fan Expo? Are you going to the one in Toronto-which is the big one? Let me know in the comments! 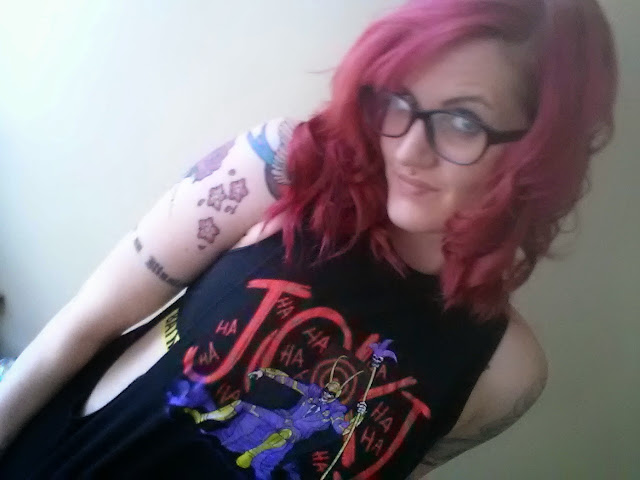 Hair was on point. So was my Loot Crate shirt. 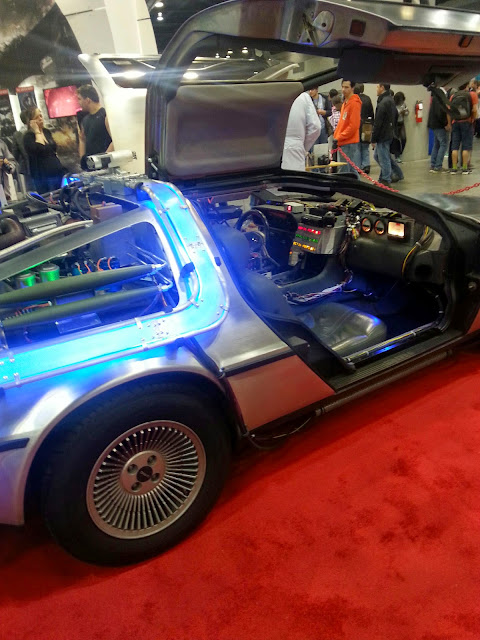 The Delorean, from Back to the Future. I think it was here last year too. 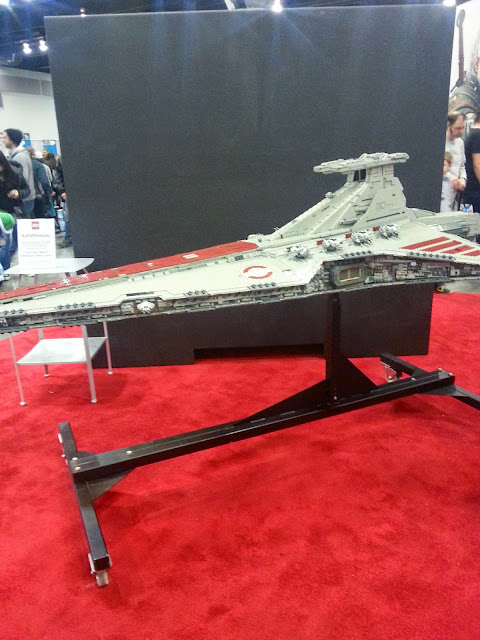 I wish I had this much time on my hands. Like, for real. 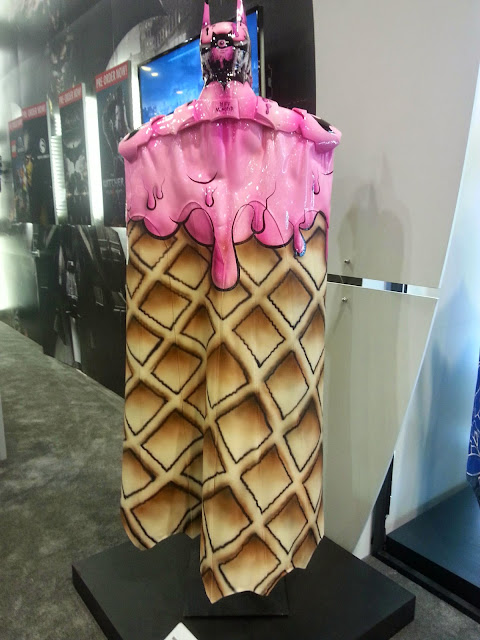 I think this was for charity? 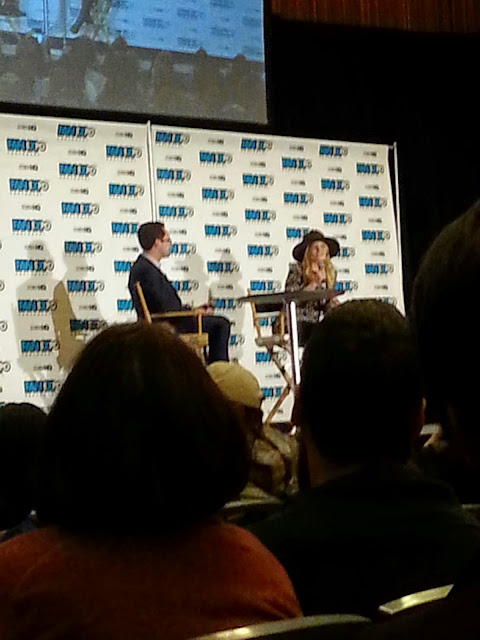 Jennifer Morrison. She moves around a lot. 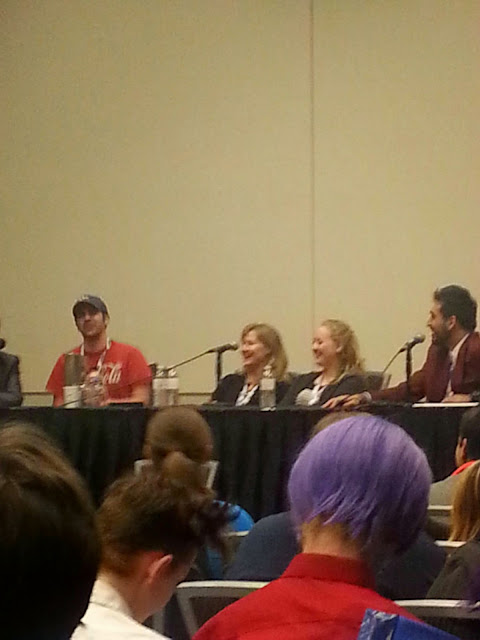 So, i assume you don't know these guys by sight, but the fellow is Brad Swaile, better known as Light in Death Note, and Gohan in Dragonball Z. The lady in the middle is Veronica Taylor, best known as Ash (and his mother) from Pokemon, Sailor Pluto from Sailor Moon Crystal, and April O'Neil on TMNT 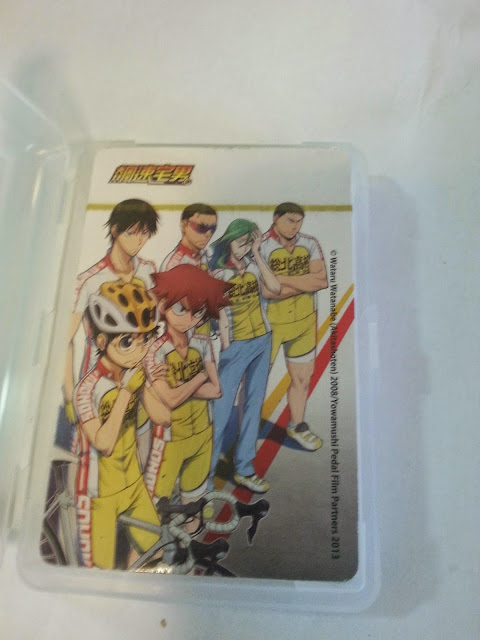 Have you watched the cycling anime? WAY better than I was expecting! Little cards are great for all the travelling I do too! 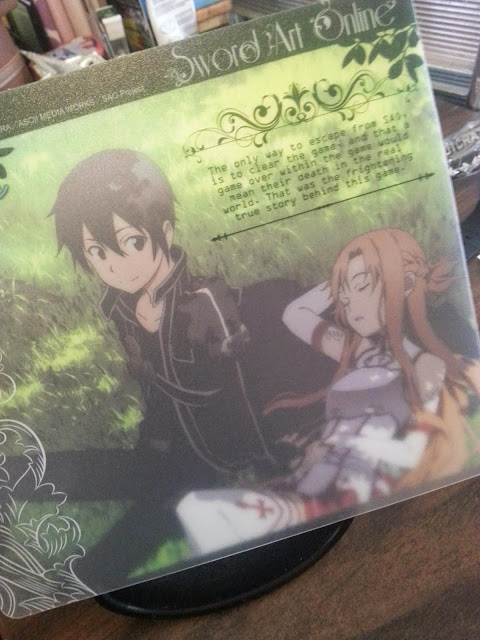 One of my fave, top 10 animes for sure. If you haven't watched it, drop everything, and start. Its amazing. Seriously. Go. 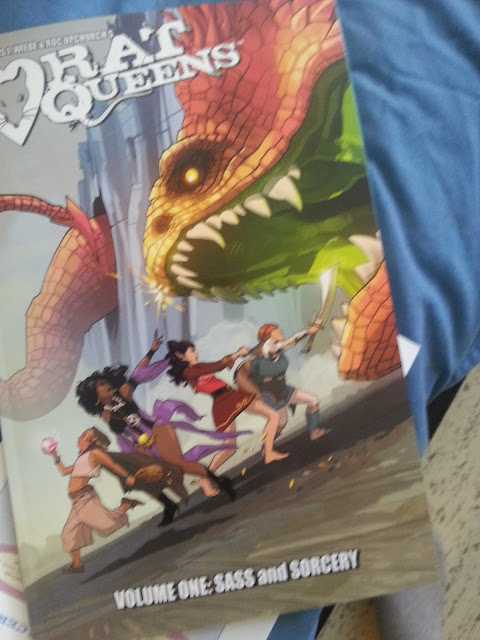 Also drop everything and run to get the Rat Queens comics. As long as you are into badass babes, who put the sexy back into wholesale slaughter. Hannah is my spirit animal. 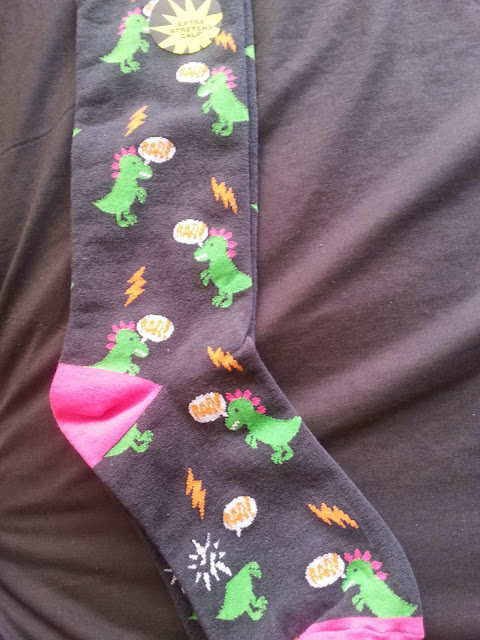 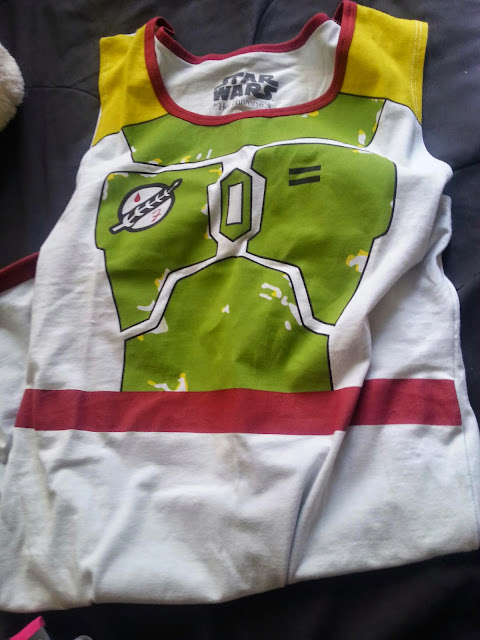 And, obviously, I needed the Boba Fett dress. I mean, who doesn't?

You know, this is one of the comic cons I go to the most, I think. This has to be, what, my 4th? maybe? Something like that. I go so often, and I am always impressed at Emerald City. The sheer amount of panels, the guests, the gaming, the availability of STUFF, the size, and the accommodation of people-be it kids, new families, gender-fluid bathrooms, quite zones and what not are all spectacular, and probably the most inclusive of all cons. Seriously, they had gender free washroom facilities-how awesome is that?

We only went one day, due to finances and time constraints from school, which sucked, but it was still a great time. We got there when it opened, and stayed for a full 12 hours, staying to watch the AMAZING cosplay contest. I really need to u my cosplay game, by the way. I have two in the works right now, and I want to do one for Hannah from Rat Queens, which, by the way, if you haven't read, you NEED to. 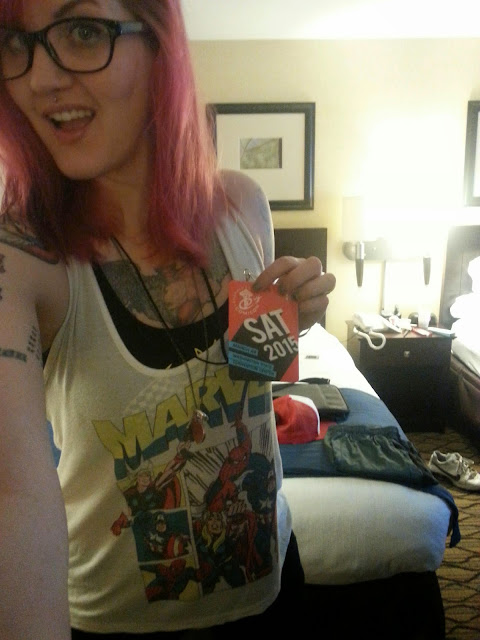 My outfit for the show, and showing off my swanky badge 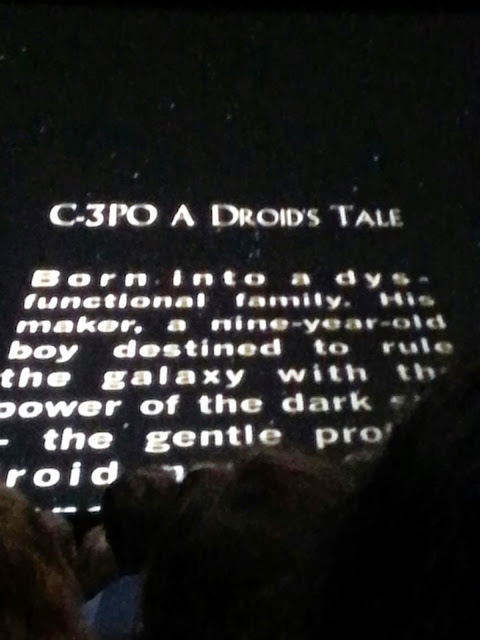 The opening to Anthony Daniels panel, which was introduced by Grant Imahara. The video was exactly what you would expect-a compilation of C3PO in all the Star Wars films currently released. 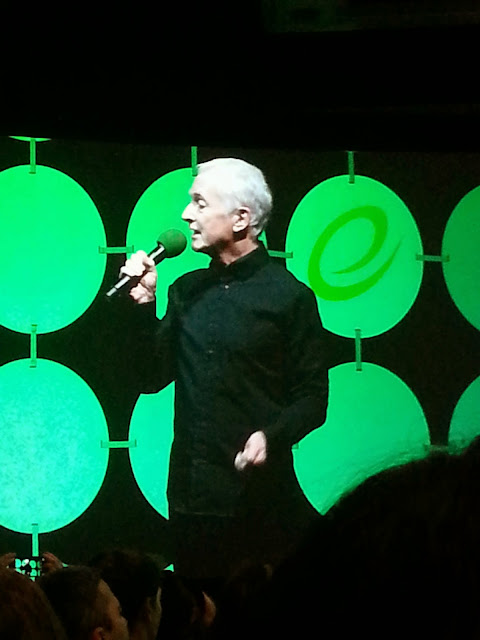 Anthony Daniels himself-he is such a sassy man! 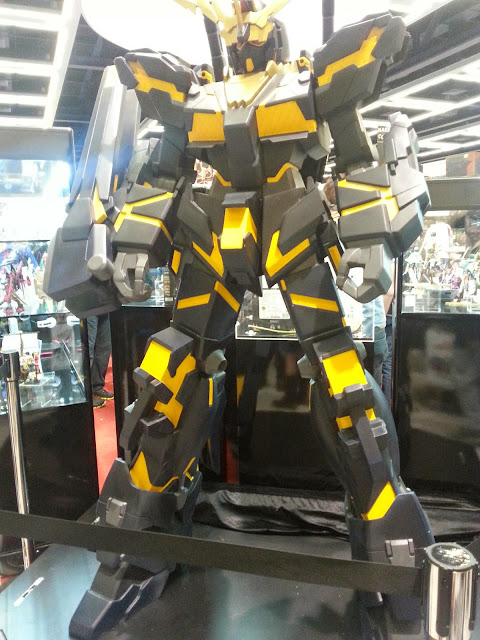 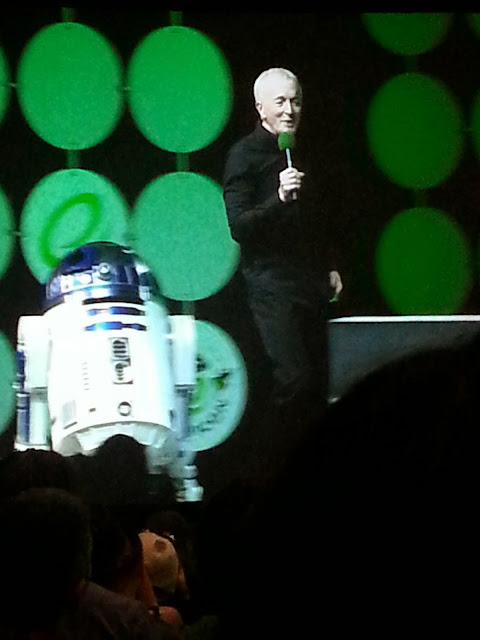 We even had a visit from R2D2! 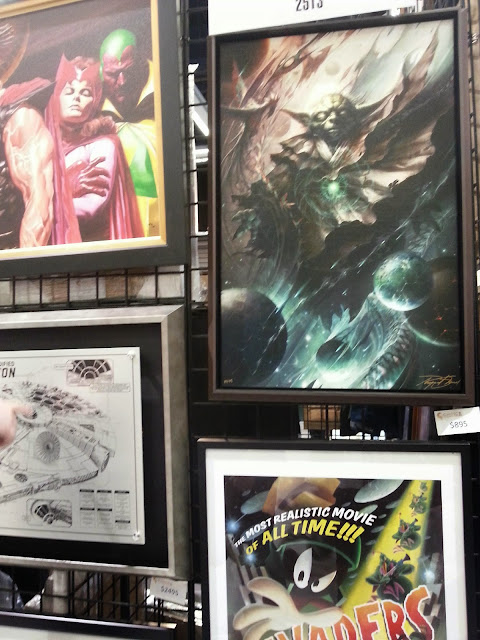 I NEED that Yoda picture. 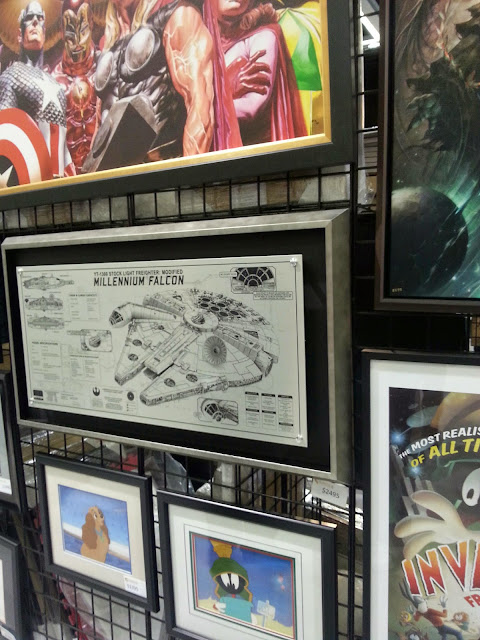 And this one. Actually, I just really need a lot of art. 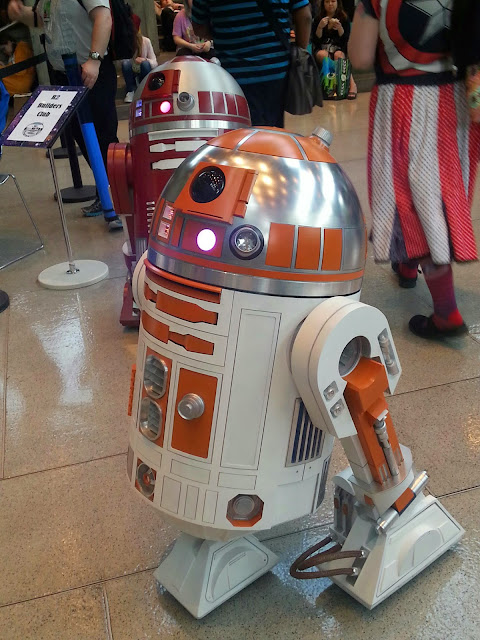 The R series builders were in the house, which was awesome to see. 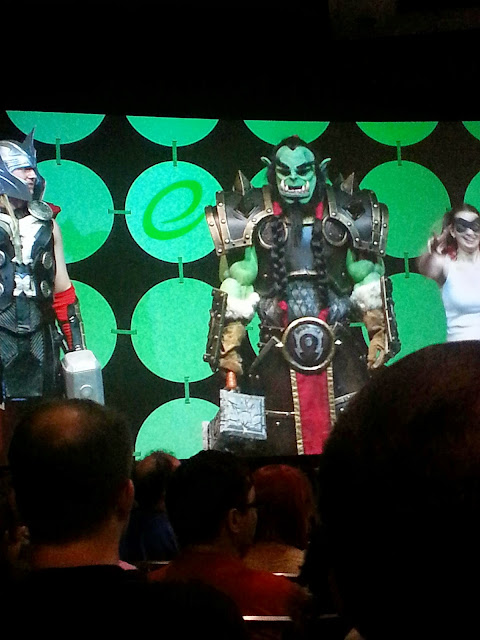 This Thrall cosplay was AMAZING and was this guys first BIG cosplay project. He made the entire thing, from the muscle suit, to the mask, EVERYTHING. He won both his category, and the overall.
Posted by Unknown at 10:00 No comments:

Downtown Disney is basically a giant shopping and food area that is free admission.  I'm pretty sure you can JUST go to downtown if you really want. I'd highly recommend going to at least one of the parks though. They are super fun!
But i digress.
Downtown Disney. Lots of shopping and food, but there is also a lot of entertainment options. There is a movie theater, as well as hybrid restaurant/entertainment shops that have some super long hours for visitors. Downtown Disney also has all of the characteristics of the parks, such as statues, ice cream stands, Mickey shaped everything, as well as all the Disney merch and photo ops you could possibly ask for. Actually, downtown Disney might have a TOUCH more shopping options, as they cater to all the parks features, so you can get a lot of the other park merchandise that may not be in the park you went to (unless you went to them all, in which case you are a baller, and need to take me next time). 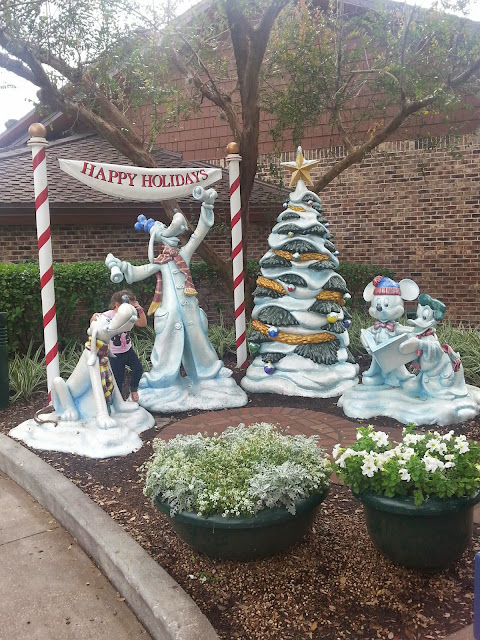 Holidays at Disney are AWESOME 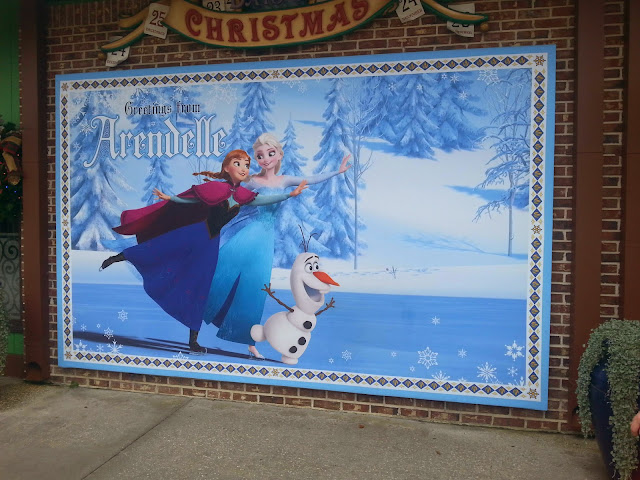 Frozen is big all year long, but its even MORE pronounced at Christmas! 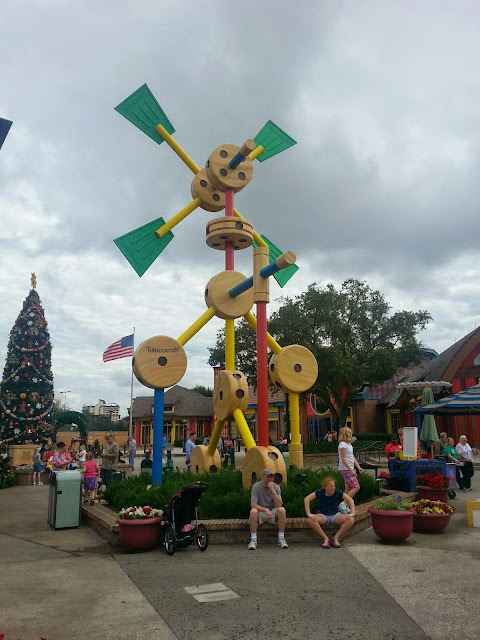 Typical picture of men waiting while the ladies shop? 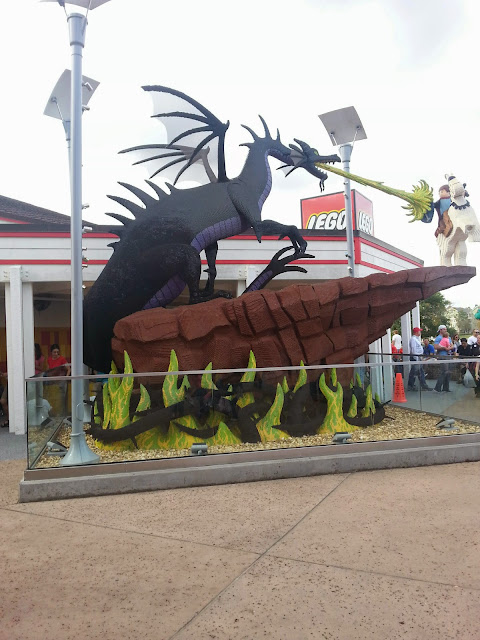 Yea, okay, so how awesome is this dragon made of Lego? Like, are you kidding me here? 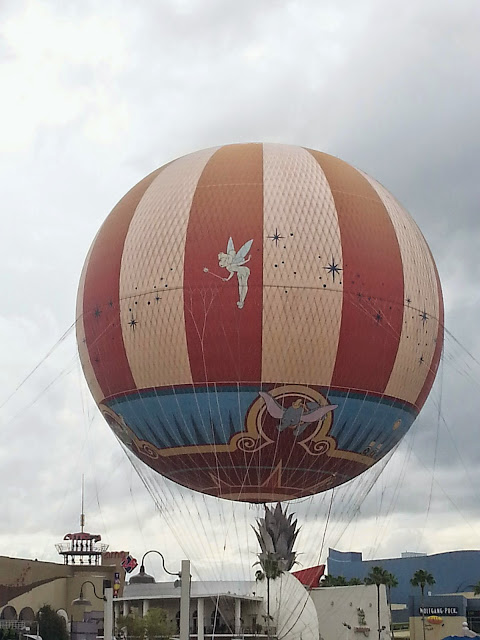 I think I read somewhere that this is actually functional? 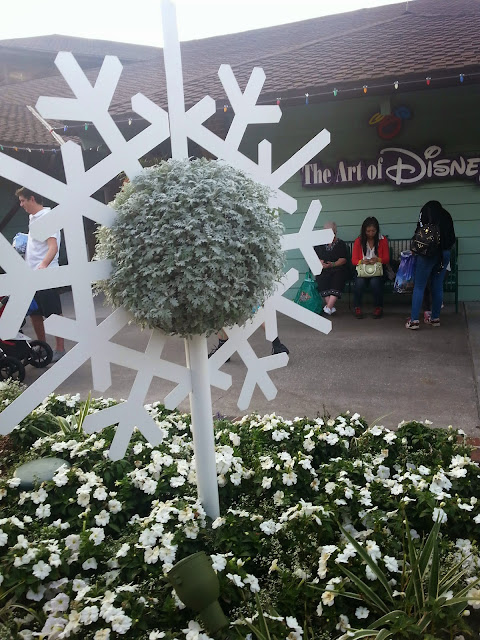 Snowflakes in the land of sun! 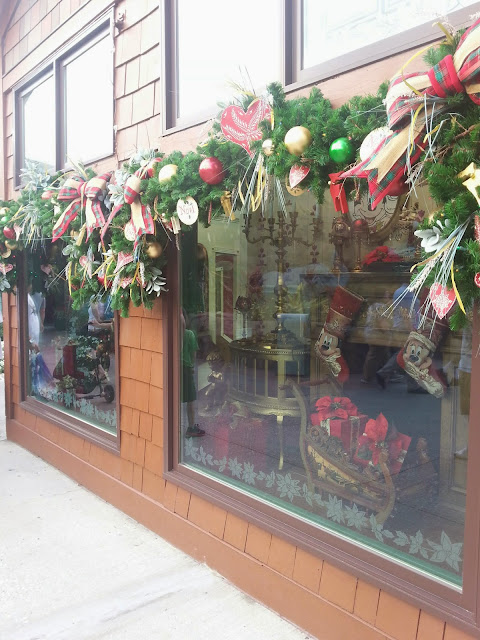 Seriously, ANY Christmas decoration you could possibly ask for Disney style.
Posted by Unknown at 15:47 No comments: