That last post ended on an angry note-just as my first day at the World expo did. That entire day was one disappointment after another. We couldn't get into any of the specialty buildings-like the one on robotics, or the aquarium.
This is what made us decide to go for a second day. Blasphemy, right? Well, we wanted to see the aquarium, and the robots, and the rest of the international pavilions that we missed.

Oh, and the good thing about the first day, the one shining beacon during the otherwise shittastic day was that we found the India pavilion had vegetarian curry. Thank science for India! 인도 FTW! 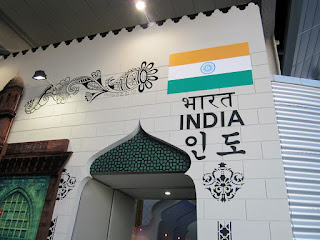 The second day started off just as beautiful as the first. That is the nice thing about early summer in Korea, before the monsoon season starts. The weather is fantastic-sunny and hot, with long days, and cool nights.
It was also a better start to the day because I A. got a coffee right away B. got to eat some food and C. there seemed to be less ajimmas in attendance. So far, so good.

We tried going to the aquarium right away, but the lineup was slated at 3 hours. The aquarium was on our list of things to do...but 3 hours? 진짜? We bailed on that, and went to the robot pavilion instead. There was still a line up, but it was much more manageable, at 30 minutes. 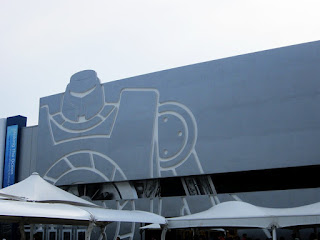 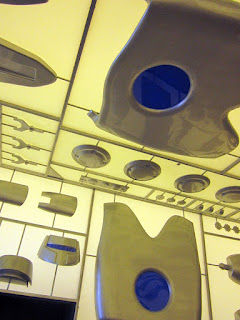 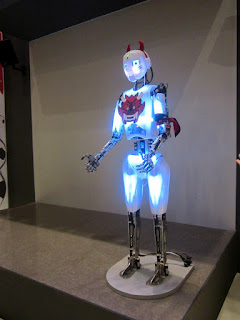 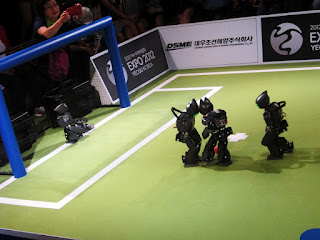 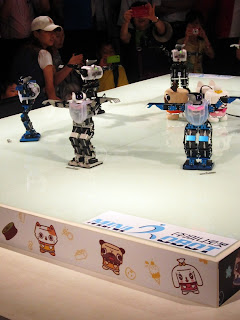 It was pretty cool, and had some awesome shows and innovations for the future of ocean protection. But, again, it was all in Korean. The good thing about that is that the staff pretty much let Kristan and I wander wherever we wanted, to read the English signs about all the robots and technology.

After we left, we went to another pavilion....the Marine civilization and city Pavilion, I think. This was where they showed concept 'underwater houses'  so that, once we've destroyed the earth, we can move into the water. Or that's the impression I got. Once again, it was all in Korean. Shocking, I know.
The concept was pretty interesting though, and once the population declines significantly, it isn't an entirely bad idea, once you change a few things. 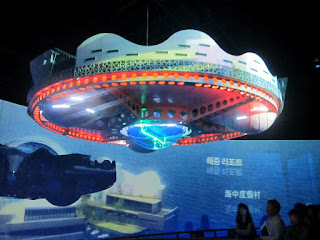 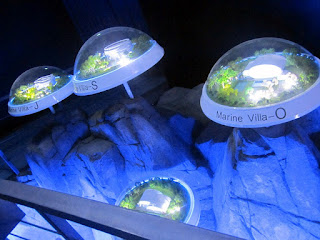 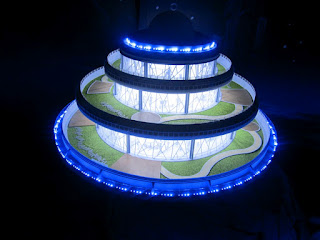 When we left that building, we discovered it was raining. Being from Vancouver, the rain doesn't bother me much. It did, however, bother the ajimmas. This was when my husband and I looked at each other, smiled, and went to see the line at the aquarium.
Which was a fantastic idea. Many people left, and the line was now at 1 hour, 30. Yes, that is still along time, but, we both wanted to go, so we bit the bullet and waited. And it was awesome! I love aquariums. Hell, I love the ocean, and everything in it. It is such an amazing force of nature...and so beautiful, and balanced. Until humans fuck it all up, of course. 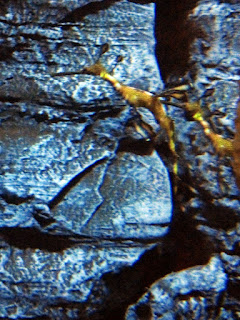 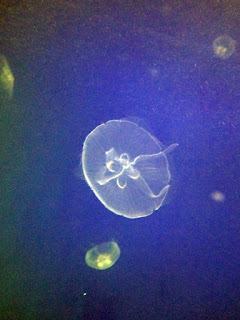 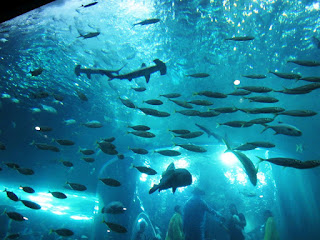 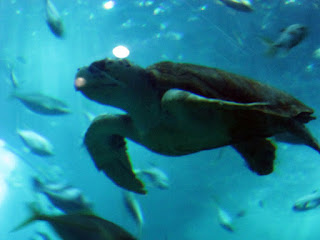 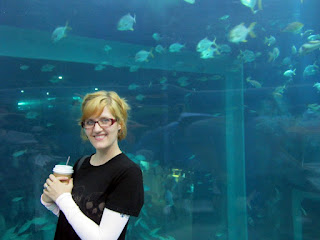 We finished off with the rest of the international pavilions that we had missed the day before. It was all still in Korean, and still angry, and ignorant, but, by this time, I was just too tired to give a fuck.

There was so much potential for the expo...and I was let down, for the most part. It wasn't all bad. I did learn a lot about other countries, and their response to the world's oceans crisis. I got to see an awesome aquarium, which is apparently eco friendly-even though I doubt that Korea knows what eco friendly even means. I got to see Yeosu, which is very pretty.
But I also got to see the full force of the ignorance of Korea, Koreans, and some other parts of the world. As good as the good bits were-i will remember the anger over the indifference of the state of the oceans, and the living coast.
Posted by Unknown at 16:00