As I mentioned all over the place, excessively, I went to see Emilie Autumn at her Vancouver show.
And you know what? It was SO worth all my hype. I seriously have nothing to complain about. 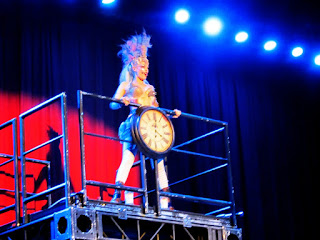 She played almost her entire new album, which I unfortunately did not have time to get used to before the show, but it was alright. She did play some of her older tunes, and I was quite pleased with that.

But, one of the amazingly cool things about Emilie Autumn is that it isn't just a concert. It's a show.
There was music, burlesque, fire dancing, and more. It was like being at a side show where the ringleader is insanely beautiful, talented and pissed off. 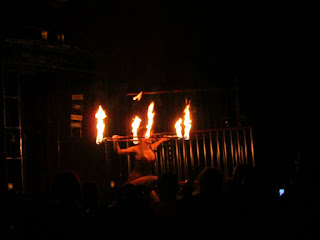 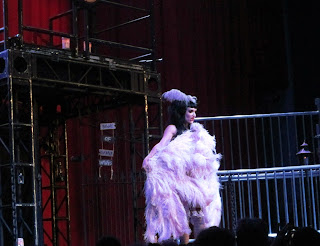 It was part theatrical performance, part concert, part carnival and all maniacally fantastic.

One of my favourite things about the music is that she actually gets what its like to be not alright. I know that I've mentioned it before-briefly-but there was a large part of my life where I was not alright, and finding someone who knows, and not just pretends to know for attention, is really refreshing, and also empowering. Her lyrics touch on the idea that it's hard to get back to functioning "normally" and that it is all about choice. The choice to find your way back to a sanctuary, or to stay in the prison of your mind.

It was a super fun concert/show, and one that I will happily go to again. I was entertained, touched, and felt loved all at the same time.

Ah, and my outfit! I promised a photo of it! And I shall honour that promise! If you want to know where I got anything, feel free to message me! 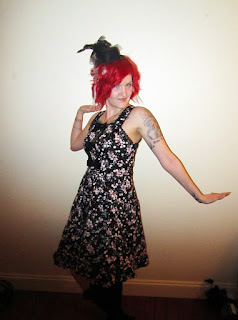 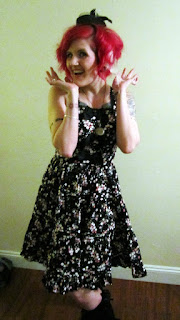 Here is a video that I took of Fight like a Girl. I'm not a very good videographer, but, whatever. You get to see how fun it was <3