So, last time I mentioned that, as part of my birthday extravaganza, I was going to Seattle to see Dir En Grey, who are one of my absolute FAVOURITE Japanese metal bands.

Seriously, they are just fantastic, and I had been looking forward to this show for MONTHS (no, really. We bought the tickets in August, and the show was in November. Literally, months)

And so, I am sure you can surmise my extreme dismay and anger and disappointment at receiving an email half hour before arriving in Seattle that the show was to be postponed to the following night.
As in, not the night I had a hotel for.
And not on a day after which I could come whenever I wanted.

So, you can see the problem. I even made a video of it!
No concert didn't mean that the vacation was cancelled. I mean, we were already there, right? We got a NICE hotel-The Red Lion, which is right downtown near the convention centre, and near Pike street, which is the home of the first Starbucks ever.
Like I said, the hotel was quite nice, and we were even upgraded to a fancy suite, which had a beautiful view of the bay 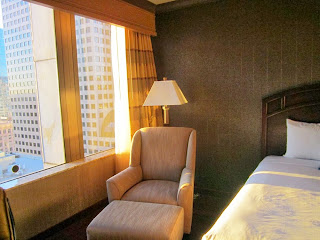 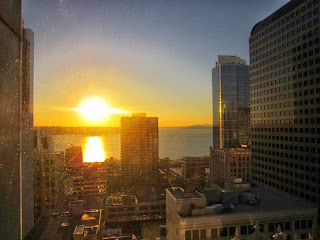 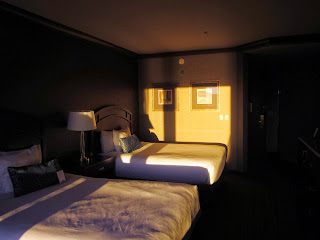 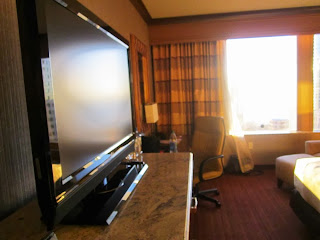 We also hung out with one of our friends who lives in Seattle. He has been mentioned several times before, and came to the KMFDM show with us from a few posts ago. That picture of the Space needle? Yea, that's from his apartment. Hella swank. We met up with him, and did some catching up, and went to get some food.
Random fact-my husband had never had waffle fries before in his life. He thought they would taste like normal fries. Oh, how wrong he is! To prove this, we took him to Hurricane Grill on 7th street for some sweet delicious waffle fries, and he regrets his former blasphemy. 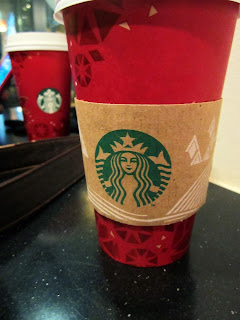 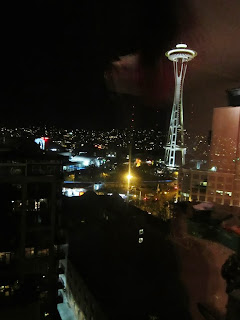 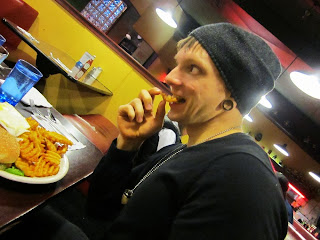 It was still a super fun night, and we had a good time. The bathroom in the hotel had some of the best lighting I've seen in a long time, so we took the opportunity to take some selfies, and couplies, or whatever selfies are when there's someone else in them. 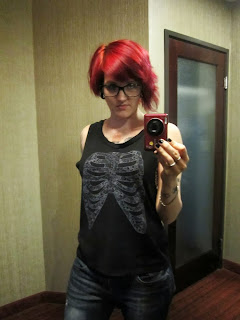 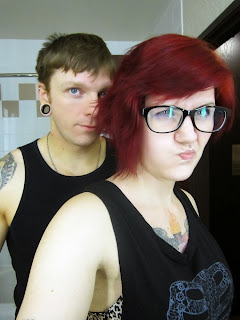 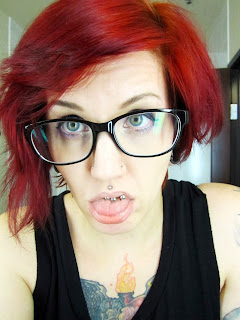 The next day, we did almost exactly as planned-go see Seattle. I'll save this for the next post, since it is quite long.
BUT, before I leave you lads and ladies, here is some Dir En Grey for you to enjoy! (or not, its Japanese death metal, so, you know. Discretion is required?)

And (one of) my fave songs!